I landed at Hanoi Noi Bai International airport on a Friday around noon. I took a cab to the city for 350k VND (a bit of negotiating, don’t go above 400k VND). I told the taxi driver that I didn’t have any hotel and asked him to drop me somewhere in the Old Quarter. Of course, they all are connected; the driver dropped me at a hotel with the price range between 10 to 15 USD. The room was ok, so I decided to stay there.

After resting a bit and talking to the hotel manager already trying to sell me tourist packages, I decided to walk around the neighborhood to get my first impression of the city. 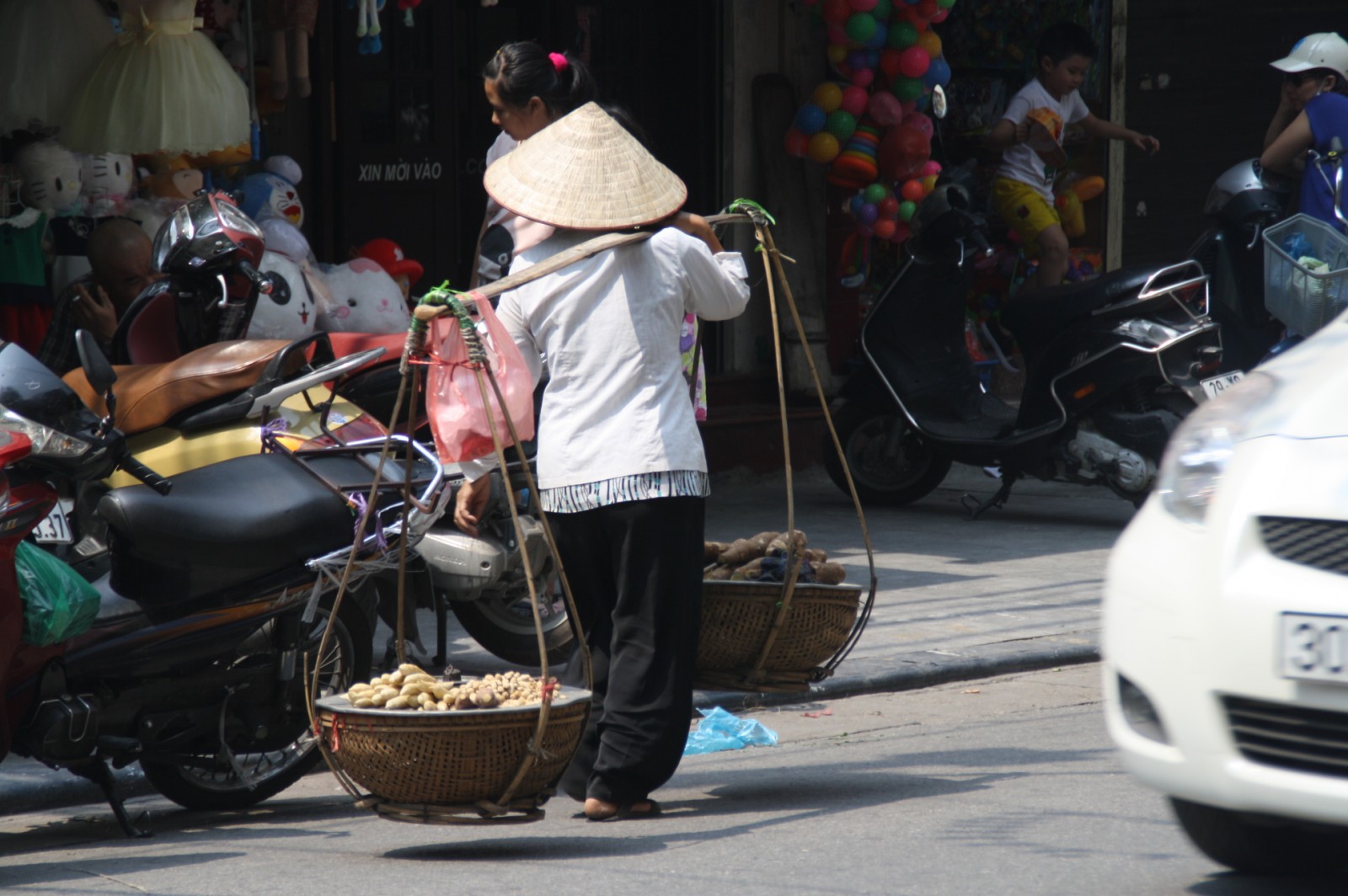 As anyone expect, it is a fantastic first impression. Hanoi is an animated city (at least on the weekends). There are people everywhere on 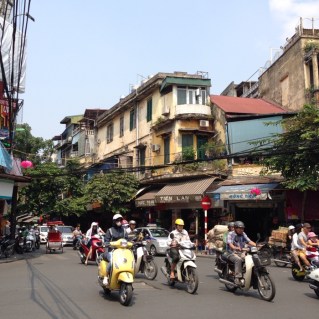 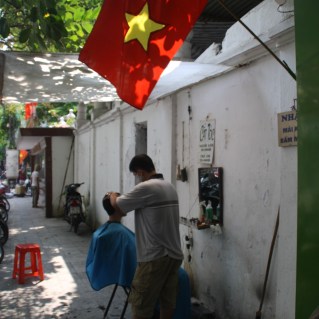 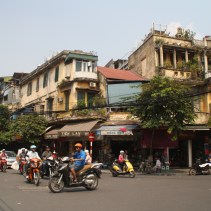 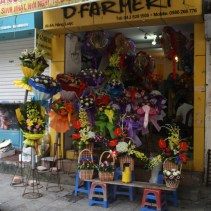 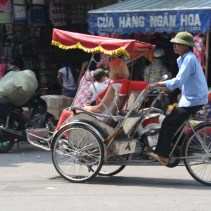 The town is also noisy. Just imagine scooters, motorbikes, buses, mini-vans all using their klaxons at the same time. It’s almost a concert, not an enjoyable one, but you get used to it.

I was looking for agency travel to buy a tourist package in the mountains that include homestay (the opportunity to spend the night in a traditional Vietnamese family house). Indeed, Hanoi itself is a great place, but if one stays for at least a week, he or she should visit Hanoi and its surroundings. Travel agents asked me what I wanted to see/do, and I replied I want to see people, the rice fields, and try the local food. After an hour or so and a lot of talking and negotiating I bought two tours from the agency (Ethnic Travel). One tour in the mountainous region of Northern Vietnam and the other one located south of Hanoi. 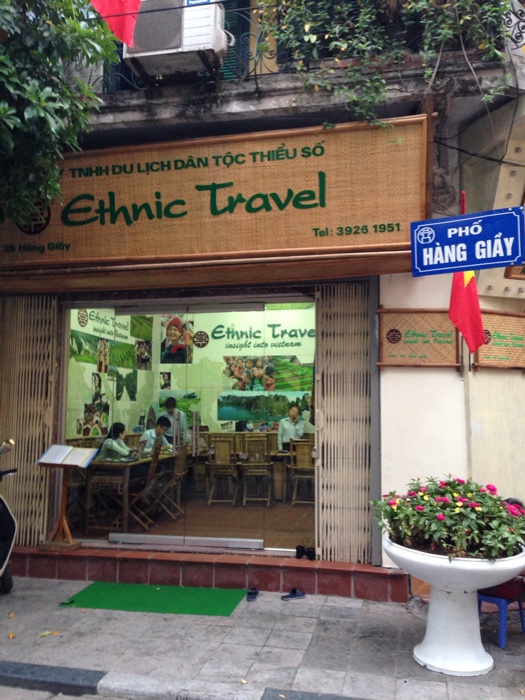 It is the first time I used such a travel agency while traveling. I usually like to discover by myself, but I heard some agency do things off the tourist track (which is funny since we are tourists). I’m pretty excited about these two tours, and more especially the homestay. To me it sounds like I will have a fair insight into the Vietnamese culture. We will see, the tour start on Sunday, for now let’s keep rolling in Hanoi.

I kept wandering and ended up nearby one of the major landmark on Hanoi the Hoan Kiem lake. The scenery is amazing, around the lake people jog, couple come to chill, and tourist like me wander. Around the lake is a very dynamic area with plenty of shops, food shops, restaurants; pretty much anything. 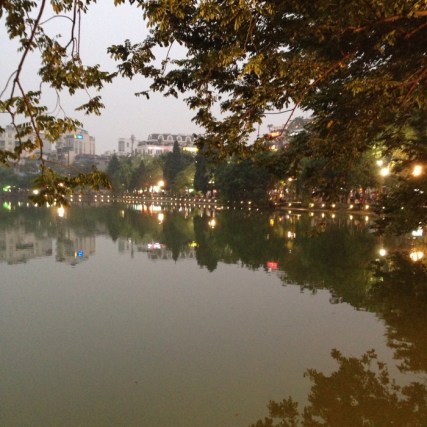 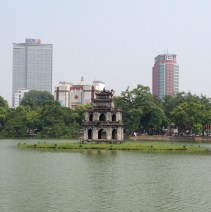 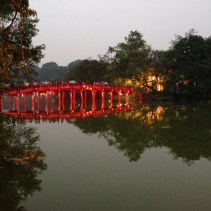 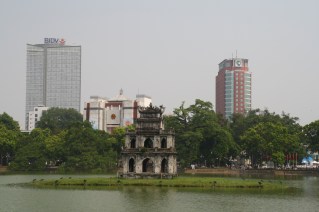 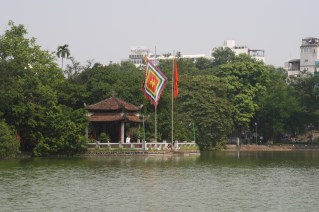 Talking about food I was hungry and dying for street food. I ended up at this restaurant. 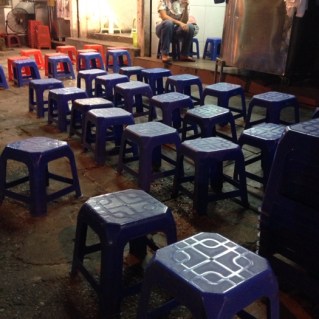 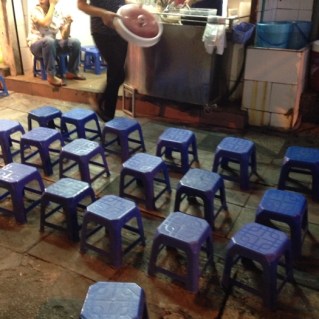 Yes, it is a restaurant, with the mama lady in the kitchen and the family helping/serving customer on the tables right on the street. The dish was pretty basic noodle soup with chicken, vegetables, and lime juice. 50k VND 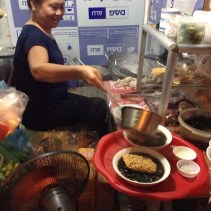 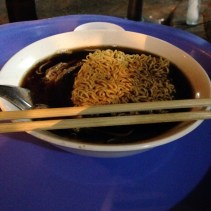 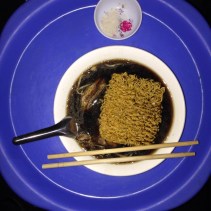 The taste was OK, nothing fantastic though. Still hungry, so on my way back to the hotel I stopped at another shop selling bread and pretty much anything within it. I chose an omelet sandwich…pretty basic dish but good enough. 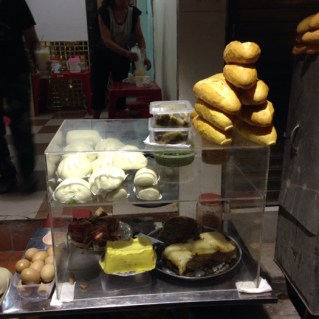 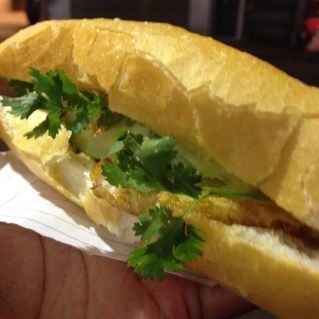 There sitting and eating; I met a Vietnamese dude, and we started conversing about life, Vietnam, Vietnamese. He was so much into his country culture that we ended up talking for more than an hour. We chatted about the war, his family, how Vietnamese outside of Hanoi don’t like Hanoi, his government, etc.

Back to the hotel around 8pm, I tried to sleep but the klaxon made it impossible (Yes my room was on the street and Boy the noise!). And since it wasn’t enough, I realized I landed on the Independence Day of Hanoi from The French (October 10th). It means that night there were also fireworks and celebrations around the city, especially in the vibrant Old Quarter where I was staying. 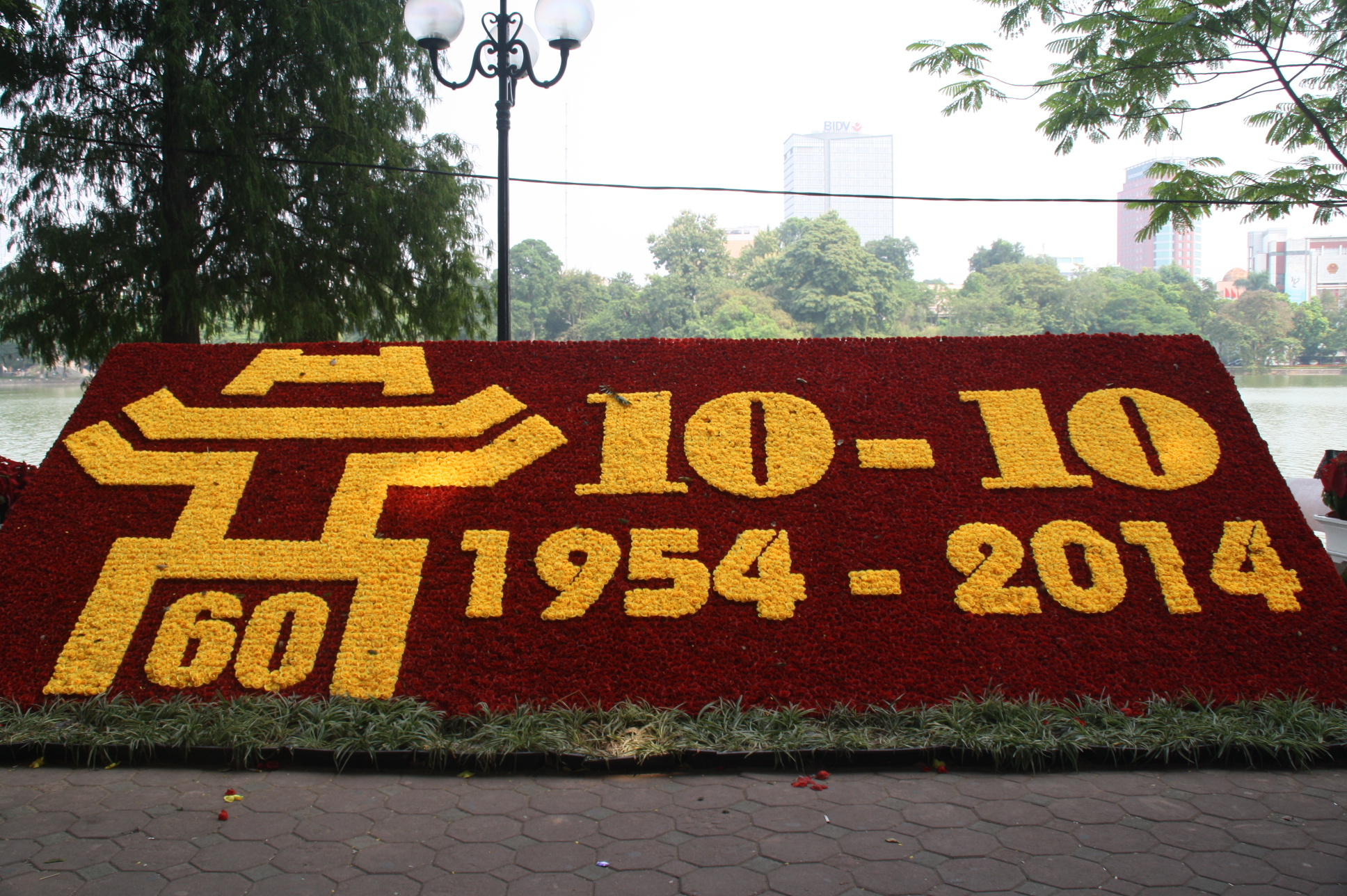 While in my room trying to sleep, I was smiling alone, thinking this is exactly what I like when travelling — leaving the local life (or as much as you can) with its pluses and minuses.

Next I will talk about my second day in the city, expect some food, coffee, architecture, and more…