After a 13 hours flight with the giant A380 airplane from Singapore Airlines, I landed on Sept 2nd 2013 at the only Singapore civil airport, Changi.

The trip was very pleasant and I actually didn’t feel the half-day trip in a plane. Maybe it was due to the entertainment available on board (music, movies, learning languages exercises, etc.), but it was probably more because I was lost in my dreams and expectations of living in Asia for the next few years. 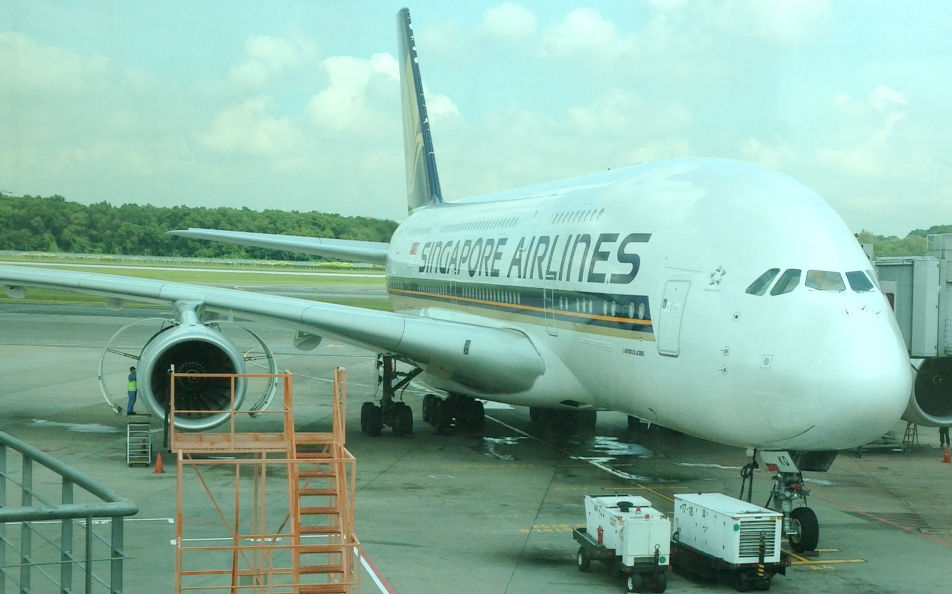 First thing I was amazed with was the efficiency and rapidity of the Singapore Customs and Changi Airport staff; it literally took me less than 5 minutes to get my passport stamp and take back my luggage. It was probably not a busy period, but still I felt that this country like efficiency. Well, me too!!

I took my luggage, and went straight to take a taxi towards my condominium, located in the Balestier/Boon Keng area just west to the Kallang neighborhood of Singapore. I will talk more about all theses different areas later on, but for those of you who are curious you can check both wikitravel and wikipedia for more information.

Just to give you a quick overview; Boon Keng and its surrounding is an area of the island that houses a majority of Singaporeans, although one may meet a foreigner once in a while. Indeed, I see only few condominiums (high-rise apartments that usually include amenities such as pool, gym, jacuzzi, and if you put the money it can be wilder), a lot of public housing also call HDB which consists of high-rise apartments, but without the amenities mentioned above; and finally, houses which are most likely own or rent by Singaporeans (according to their size). Condominiums usually house expatriates and/or upper middle class Singaporeans, whereas public housing is where the locals stay, but you’ll sometime find some foreigners as well, especially students as the rents are quite low compared to condominiums.

Below are different types of accommodation I have seen… 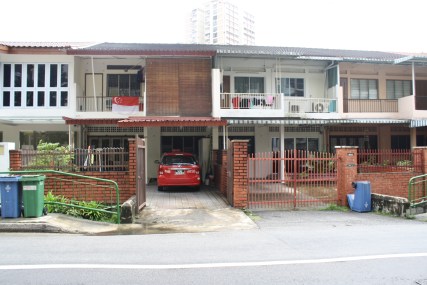 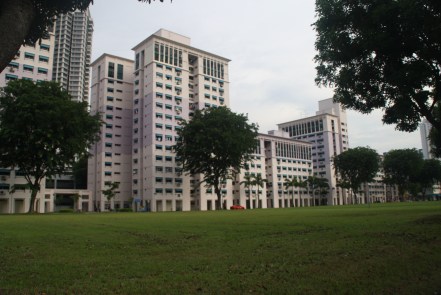 For those wondering, it’s not a Ferrari! 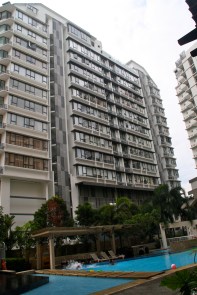 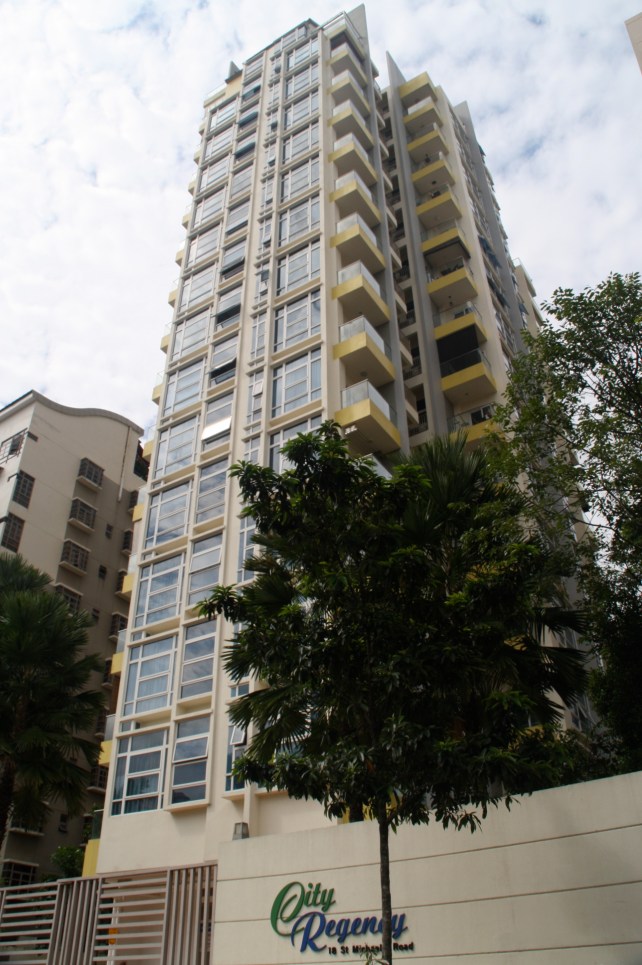 Boon Keng area isn’t particularly attractive, but I find it a good spot to live for a newbie in Singapore. Indeed, it offers a fairly good experience of the Asian/local life; from local Singaporeans’ houses, small shop houses, local food and market centers, and not to forget temples, mosques, and even local schools with Singaporeans kids (as opposed to international schools where most of the expatriates have their kids.) 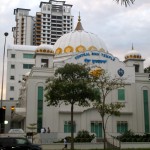 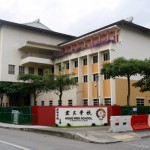 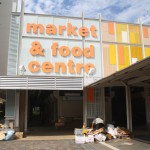 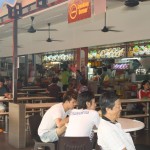 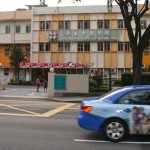 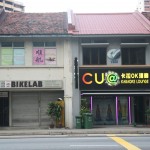 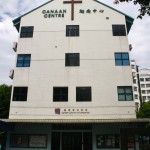 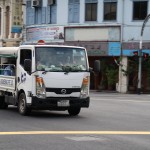 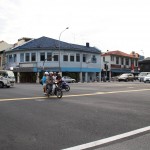 Having said the pros of living in such an area, there aren’t really any cons yet, not that I have seen so far. But I’m black, there isn’t really much black people around; and, to be honest, I have only met one so far. There are, of course, persons with dark skins (think Indian-like), but really ain’t seen any brother yet. It doesn’t really bother me, it’s more a fact than anything…and again I live in a very Singaporeans local influenced area. Indubitably, in the downtown area (CBD, nightclubs area) I should see more diversity, but not necessarily more black people.

Talking diversity, what does a Singaporean look like? Actually, it’s a pretty tricky question. The indigenous population is made of three major ethnicities: Chinese with a little more than 74%, Malay with 13%, Indian with 9%, and the remaining are folks like me (and probably like you) from Occident, Oceania, and obviously from some other parts of Asia.

Below some Singaporeans kind enough to accept a picture… 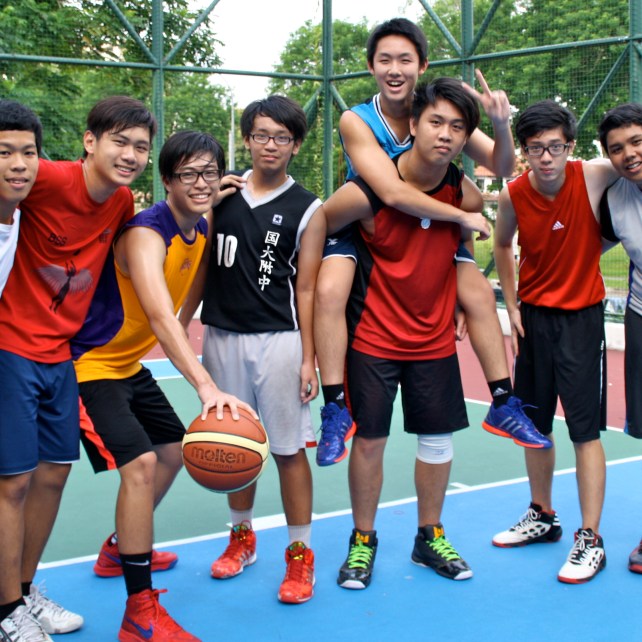 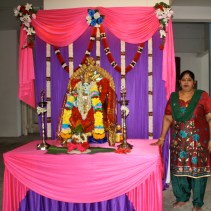 Bhagirathy is getting ready for a traditional hindu god procession ritual. 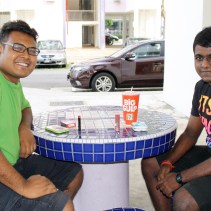 Fadhli (on the left) is a young singaporean studying pastry, while his friend Glenn is currently enrolled for National Service. 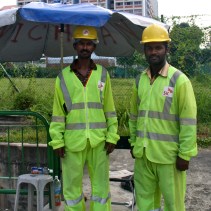 A lot of them leave their family in India, come to Singapore for few years to do construction or docks type of jobs, in order to send money to their family back home.

Unfortunately none of the Singaporeans women have succumb to my charm (yet!), and allowed me to take a picture of them. I mean I don’t blame them, just imagine the local Singaporean girl (who may never have been outside of Singapore), and a brotha come to her asking a picture for his blog bla bla bla…yeaahhh riighttt! Next!

Anyway, I hope you enjoyed this first article. Please feel free to give me your comments, feedback, or else.

Next will be my first impressions and thoughts about the country and its people.