From your Hanoi take a taxi (motorbike will be faster and cheaper) direction Luong Yen station in South East Hanoi. The ride should not cost more than 40k if you are departing from the Old Quarter.

At the train station, go to the counter on the left-hand side when facing the bus station. If you’re lost just ask around, most of the foreigners at this station head to Cat Ba Island anyway. Go to the Hoang Long counter and buy the ticket Hanoi-Haiphong-Cat Ba. 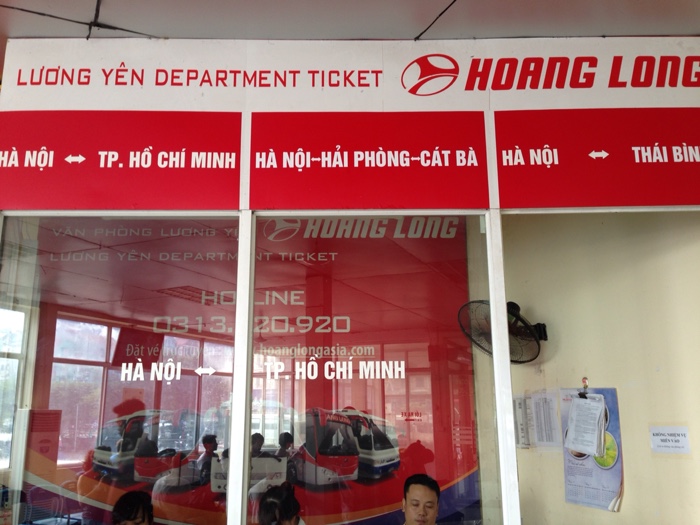 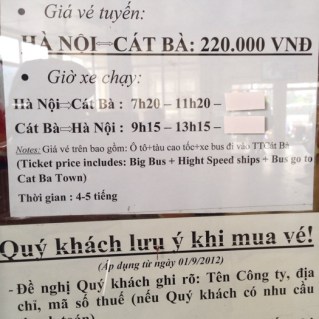 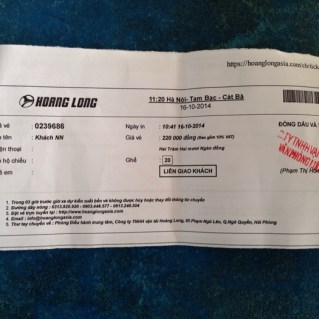 You have two buses leaving Hanoi, the first at 7:20am and second at 11:20am. Arrived at the train station at least 30 min before. I was there during the shoulder season, but I can imagine that during the peak season, it is the first arrive the first serve.

The bus is clean with air conditioning, nothing fancy, but it does the job.

(1) We left 11:20am sharp from Hanoi. The scenery is not exceptional; it consists of many factories and businesses on the road. Time-to-time the bus pass through the city, thus you’ll be able to see a bit of the Vietnamese lifestyle. Bottom line is if you fall asleep, you don’t miss much.

(2) The bus arrived at 2:20pm at Haiphong. There we left the bus with our luggage and after 20 min waiting at the station we went on to another bus that headed to the Haiphong Boat station. At that stop you can buy some food and there is also a bathroom.

(3) From Haiphong boat station, we took the speedboat to Cat Ba boat station. The journey is about 30 to 45 min; Fyi better not having motion sickness. 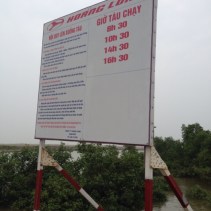 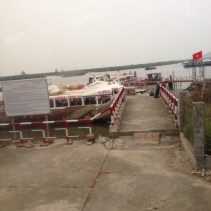 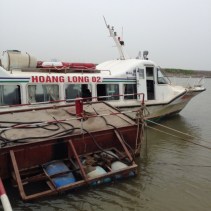 (4) From Cat Ba boat station, a bus brought us to Cat Ba town the final destination. There you’re on your own but expect taxi drivers/hotel managers to chase you as soon as you get off from the bus to offers their respective services. The trip, all in all, takes about 4.5 hours. 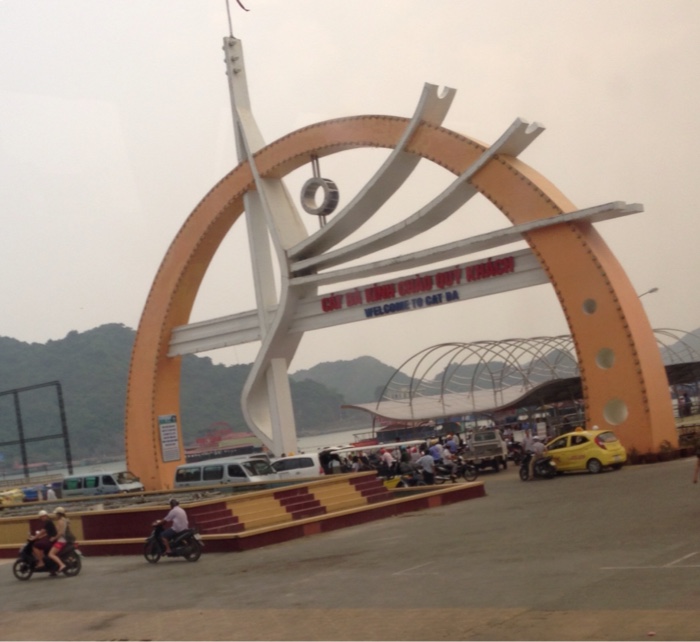 Have a safe trip

Those of you who will land in Hanoi, below is my few cents on the trip from the Airport to the city and vice-versa. Hanoi Nai Bai Airport to the Old quarter: When you exit the international arrival gate, there are several taxis. Although all of them have a meter, they might still ask you up to 650k VND for a ride to the city. Keep in mind you can still negotiate, I negotiate a drive to the Old Quarter for 350k VND.Another alternative and considerably cheaper is to take the local bus. At the international arrival gate, once you exit the airport, you will see taxis companies in front of you. Ignore them and take a right, and walk for maybe 150-200 meters until you find on your left-hand side the bus station. There are twos buses 7 and 17. Although both bring you in the city my preference goes to the 17 as it drops you at Long Bien bus station in the Old quarter or near enough for a short walk or drive by taxi. 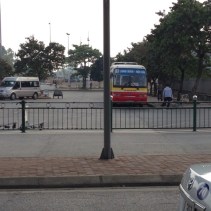 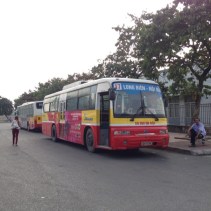 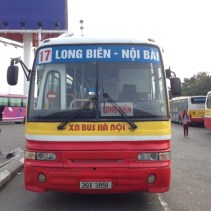 For your reference, the local buses are in front of the Domestic arrival exit gate. You can’t miss it.

Similarly, to get to the airport there are many taxi companies; the price can go as low as 250k VND. If flying very early some taxi offers pre-booking services.Looking for a cheaper alternative, one where you can see a bit of Vietnamese life, go for the local bus. If you are staying nearby the Old quarter, walk or take a taxi to the Long Bien bus interchange (the ride should not cost more than 30k from the Old Quarter).There wait for the bus 17, get on, and you are pretty much all set. 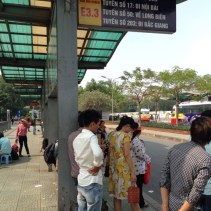 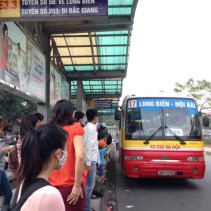 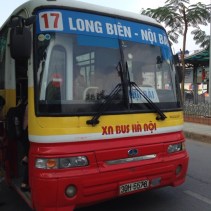 The Airport station is the terminus so you can just chill and enjoy the scenery. 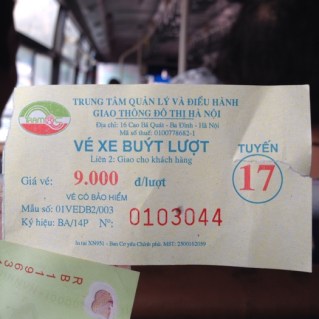 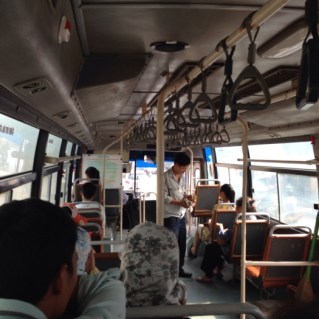 The bus will drop you near the domestic arrival. While facing the airport take a right to get to the international arrival, from there take the stairs up to get to the departures zone. The ride last about an hour and 15 min — the ticket cost 9k VND (October ’14).