Last week I went to Phuket, Thailand for the first time. It is a very popular holiday destination across the world but particularly from Expats based in Singapore. After all,  it is just a little more than an hour, and it is not costly, my ticket was $160.

I have always thought Phuket is a city, but it is in fact an island with the main city being Phuket town. Each main city on the coast has its beach; I stayed at Patong, the popular touristic destination in Phuket. 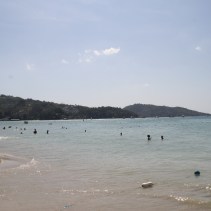 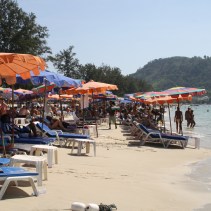 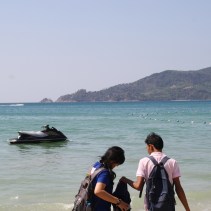 If you are looking for the quiet, raw, lonely beaches, DO NOT go to Patong it is exactly the opposite. The beach is crowded, noisy, and you will have jet ski and others sea activities available to add to the noise. As I stayed only for a long weekend, I wanted something touristic where I could relax just a little bit, party, and see a variety of people. Patong was a perfect choice for me.

If you are keen to see other beach or just to stay away of the craziness of Patong, rent a scooter and go check other places in the island; when renting a scooter they usually ask for a driver license and your passport (some accept a deposit). Always try to negotiate and pay a deposit. When abroad I just like to have my passport with me, especially if I rent the scooter for the entire day or more. I did rent a scooter on my 3rd day and went to a quieter beach (Karon beach) found 10 km south West of Patong beach. I thought it was a raw beach, but it is nothing more than a touristic beach; just slightly less crowded than Patong. 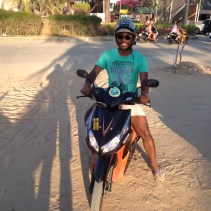 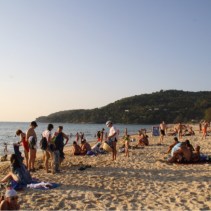 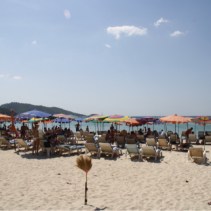 Anyway back to Patong! As any place at sea the first thing to do is to check the beach. The past weekend was sunny the water temperature was around 25 degree, so lying down in the Andaman Sea was relaxing.

When you are done you obviously are dry, usually a nice coconut juice will do. 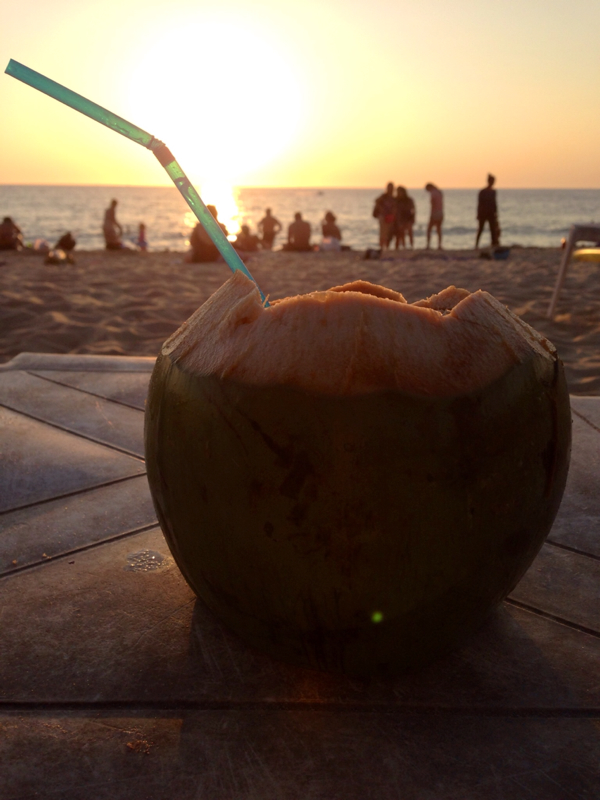 Hungry? There are plenty of restaurants with a variety of choices, but obviously in Phuket (being an island) you really want to go for seafood. It is very cheap and very good. 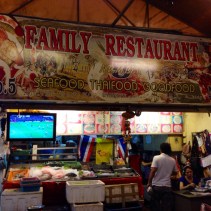 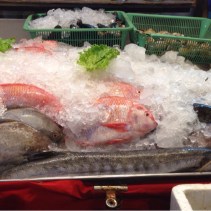 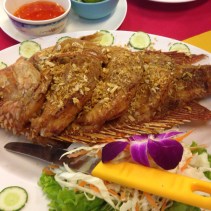 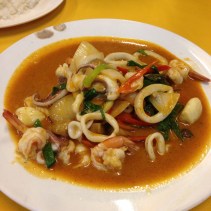 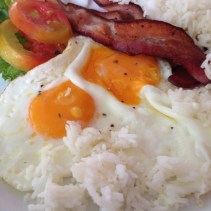 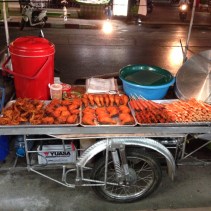 Phuket do not lack any touristic activities, and in Patong a lot of activities are during the night haha. Patong is well-known for its nightlife. To be more precise and maybe you already knew (I did not) Patong nightlife is closely linked to erotic shows. You will find all kind of clubs, ambiance, shows, and people. Yes,  by people I mean, women, men, and transsexuals aka ‘ladyboy’. There are a lot of them in Patong, and I believe Phuket, and probably Thailand haha. It is part of the culture out there you will see tourist even taking pictures with one of them when he/she is recognizable. Also, while in Patong check out gogo girls playing ping-pong – without paddles…

Another major attraction in Phuket is Muay Thai boxing game. Muay Thai is a martial art (and one of the most dangerous contact sport) in which blows may be struck with the fists, elbows, knees, and shins. If you go to Phuket, I absolutely recommend you see one fight. Ask around when will be the next game. Usually it is every 3 days. In any case during the day, you will see the moving truck advertisement 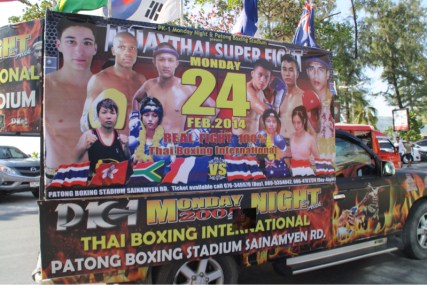 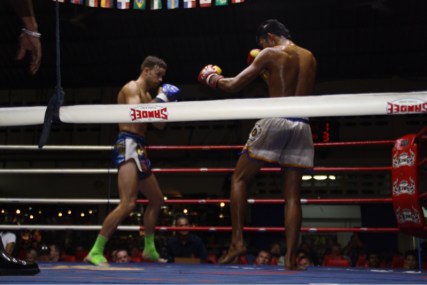 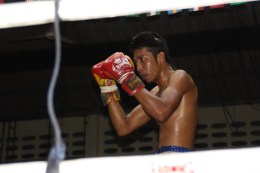 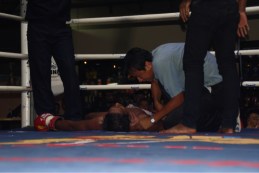 Each fight is made of 5 rounds, each round lasting three minutes with a two-minute rest period in between. The outcomes are either a Knock Out (KO) or win by Jury vote.  There are usually 4 to 7 matches including kids fights, and professional women and men fights. 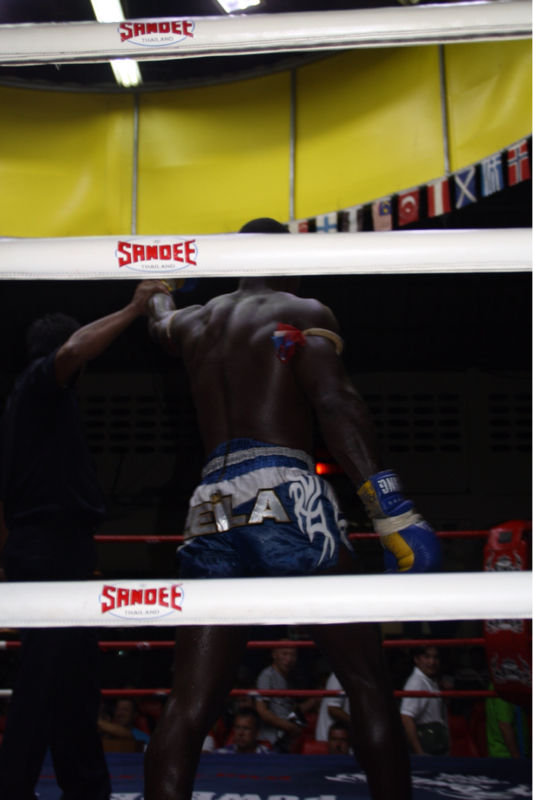 After the game and a long day, go for a massage! I did not know anything about massage, but there are all kinds of massage. I went for a thai massage, which is a dry massage and rather a strong one. 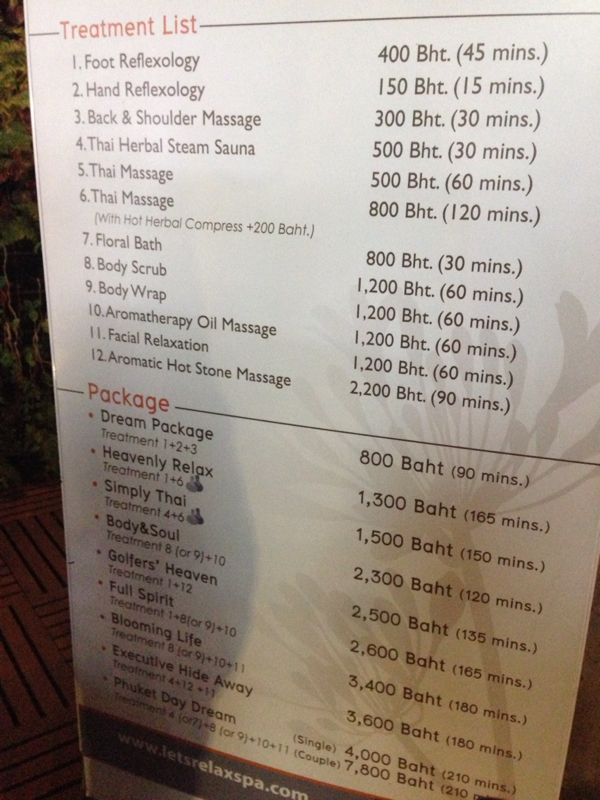 In Phuket when you go for a massage, there are roughly two kinds of shops. One type is rather clean; masseuses are all dress up the same, and massages happen to be in a room where everybody can see you. The other type is usually more raw; masseuses are not all dress up the same, most of them are not really sexy (but I guess it is OK). The major point is the massage will happen in small quarters behind the door…and I guess what happen there stay there!

…And just in case you are still wondering I went for the former. hehe 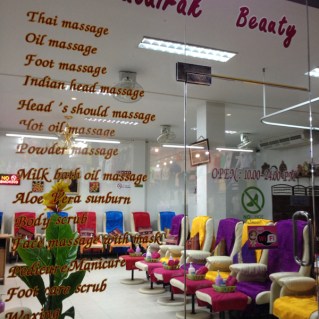 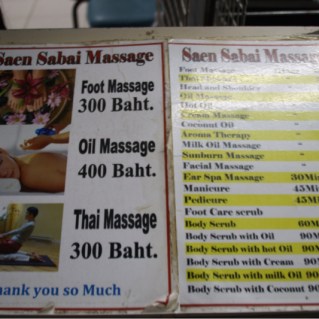 If you still can find some spare time in your trip, do some shopping, more specifically tailoring. It is really cheap and a relatively good quality. I made 8 shirts for $215 and in less than 2 days (hence relatively good quality) Should I have stayed a bit more I think the finishing would have been really good.  There are plenty of shops around, strangely enough a lot of them are own by Nepalese or Burmese although products are actually made by Thai people. Do not be afraid to negotiate prices, especially if you are making several products. 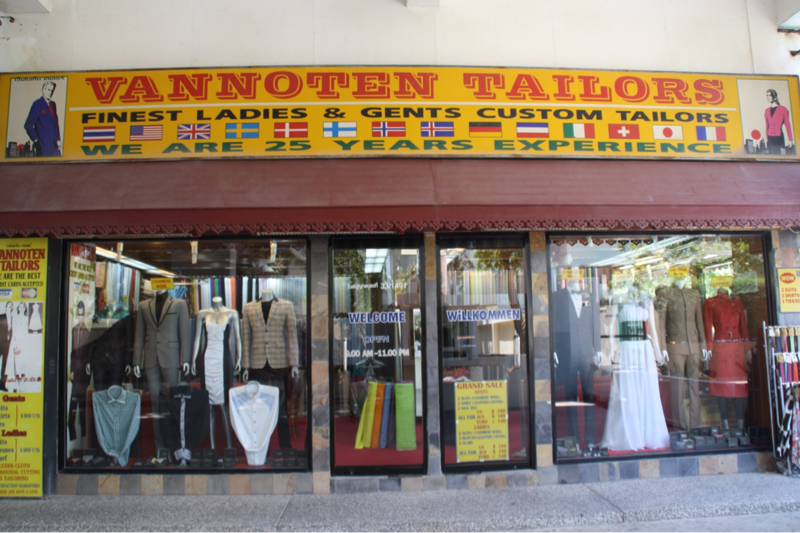 Finally if you are the adventure type, bored by the beach, the bikinis (maybe not), or simply wants some spice in your trip you can also do outdoors activities in Phuket or around Phuket. The island has it all.

I went for ATV and rafting. I had never done rafting before so was pretty excited about it; the water, rocks, colliding with others boats etc. 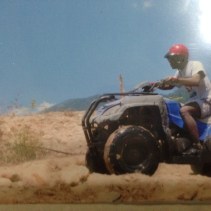 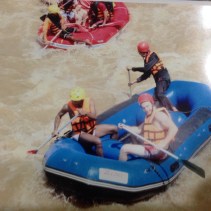 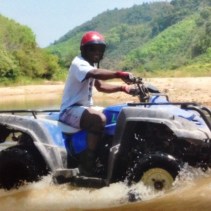 ATV was quite nice as well, driving in rock, in the forest, into the water etc. I actually fell down and got a bit burned, but be reassured my life is not in danger.

Overall Phuket is a great relaxing destination, but also give you the opportunity to do some outdoors activities. In any case there is something for everyone. Although I did not mention any cultural activity, there are plenty of them in Phuket from the Big Buddha, to museums, etc. but really between us…who go to Phuket for Museums! 🙂